GWMPs may be developed in very low- or low-priority basins as they are not subject to SGMA. Information provided on this page is intended for those eligible to prepare GWMPs. Basin Prioritization information can be found under Bulletin 118.

Groundwater Management is outlined in the California Water Code, Division 6, Part 2.75, Chapters 1-5, Sections 10750 through 10755.4. The Groundwater Management Act was first introduced in 1992 as Assembly Bill 3030, and has since been modified by Senate Bill 1938 in 2002 and Assembly Bill 359 in 2011. These significant pieces of legislation establish, among other things, specific procedures on how GWMPs are to be developed and adopted by local agencies.

AB 3030 was signed into law in 1992 and provides a systematic procedure for an existing local agency to develop a Groundwater Management Plan.

AB 359, signed into law in 2011, modified the Groundwater Management Act by requiring public agencies to prepare and implement a groundwater management plan with an additional required component that is focused on identifying groundwater recharge areas. The AB 359 legislation also includes several plan adoption procedural changes, requires GWMPs to be submitted to DWR, and requires DWR to provide public access to this information.

Since the early 1990s, more than 125 Groundwater Management Plans (GWMP) have been developed, implemented, and updated.

Reminder: GWMPs can only be developed in low or very low-priority basins as they are not subject to SGMA.

There are several types of groundwater management plans based on the legislation in effect when the plan was adopted. The table below describes the different plans and plan components.

Note 1 – The plan adoption date is only used for preliminary type classification. Each plan must be reviewed to determine actual level of legislative adaption.

Resources for Developing a GWMP

The process for developing a GWMP can be found in the Guidance for Adopting a Groundwater Management Plan. In addition to the required components, GWMPs should consider the 12 voluntary components found in AB 3030. DWR recommendations for a model groundwater management ordinance and groundwater management plan are included in Chapter 3 of Bulletin 118-2003. DWR does not regulate groundwater quality or water rights related to groundwater use; contact State and Regional Water Boards for additional information.

The Water Code requires local agencies to provide DWR with a copy of their resolution of intent to adopt a groundwater management plan within 30 days of adoption. Resolutions and related information submitted to the Department are listed below.

Agencies intending to adopt a groundwater management plan should email the required documents to GSPSubmittal@water.ca.gov. 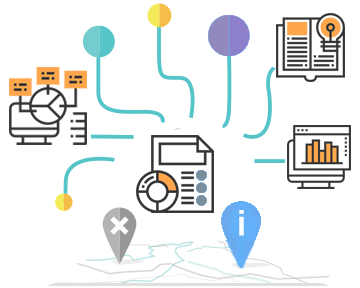 We have a long history of data collection, monitoring, and reporting. With the passage of the Sustainable Groundwater Management Act (SGMA), there is an increased need for local and state agencies and the public to easily access water data in order to make informed management decisions. Here you will find a curated set of data, interactive mapping tools, and reports which are important resources to inform sustainable groundwater management decision-making. 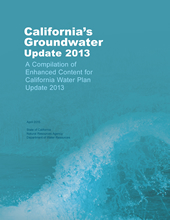