The Sustainable Groundwater Management Act (SGMA) directs the Department of Water Resources (DWR) to identify groundwater basins and subbasins in conditions of critical overdraft. As defined by SGMA, "A basin is subject to critical overdraft when continuation of present water management practices would probably result in significant adverse overdraft-related environmental, social, or economic impacts."

In 2015, DWR evaluated California’s groundwater basins for conditions of critical overdraft. DWR consulted with the State Climatologist and identified a base period for this evaluation of water years 1989 to 2009, which includes wet and dry periods and has the same mean precipitation as the long-term mean. DWR used available data, reports, and other information to identify basins with obvious and reported adverse impacts. A description of the evaluation process and the final list is presented in Bulletin 118 - Interim Update 2016. 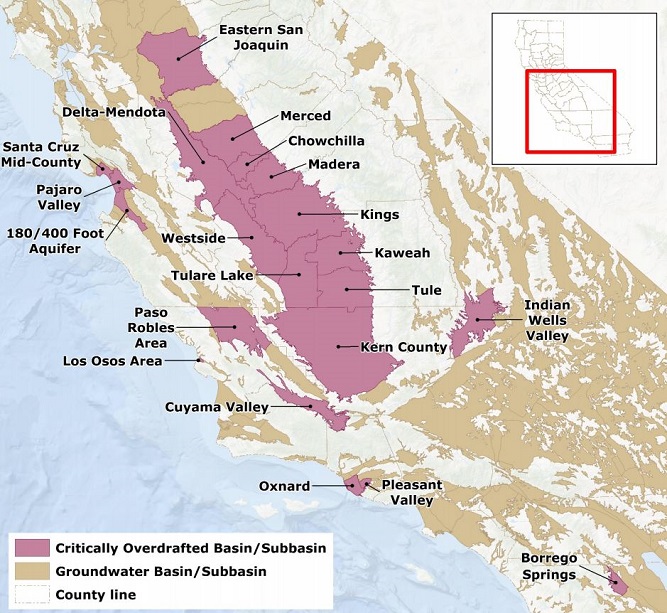 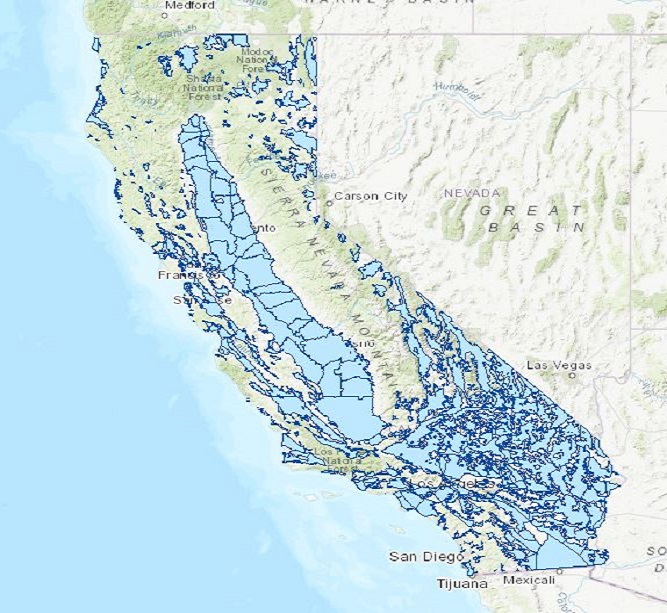 The SGMA Data Viewer provides access to groundwater-related datasets, including the boundaries for critically overdrafted basins.