The Dutch Slough Tidal Marsh Restoration Project is one of the first major tidal wetlands restoration sites in the Sacramento-San Joaquin Delta to be implemented by DWR. The project will transform 1,187 acres of land into tidal marsh to provide habitat for salmon and other native fish and wildlife.

The project is also part of California EcoRestore, an initiative to coordinate and advance at least 30,000 acres of critical habitat restoration in the Delta by 2020.

The project has three main goals:

Construction to grade two of the parcels, Emerson and Gilbert, started in May 2018 and was completed late in 2019, followed by revegetation planting starting in late 2019.

The Bridges and Breaches phase of construction is nearing completion on five breach locations. Unfortunately, for two of the breach locations along Marsh Creek, bridges have been delayed due to supply chain issues and are now due to be installed in early 2022 when bridges arrive.

Restoration of the third parcel, Burroughs, is to be determined

Before construction Dutch Slough originally sat along a high-grade slope, with site elevations ranging from six feet above sea level to six feet below sea level. In May 2018, DWR began smoothing the grade of that slope by excavating soil from higher elevations and moving it to lower elevations. The grading and channel excavation and initial revegetation efforts are complete now. DWR, along with River Partners, planted about 25,000 tule plugs and 50,000 shrubs and trees. Following approximately 1.5 years of plant growth, it is time to breach levees, allowing water from the Delta channels to flow in and out with the daily tides. Ultimately, the project will reestablish a tidal marsh, creating a rich habitat for fish and wildlife.

The Dutch Slough project will be one of the Delta’s largest restored fresh water tidal marshes. The tidal marsh is designed to create conditions that will favor native aquatic species over non-native fishes such as largemouth bass. Young salmon will be able to hide from predators in the marsh at high tide. Scientists expect that the tidal marsh will provide rearing habitat where the young salmon can grow strong before they journey to the ocean, boosting their survival rates.

Fifty-five acres of the south-central portion of Dutch Slough will be developed by the City of Oakley into a community park. The restoration project will enhance park amenities by including biking and walking trails, plus shoreline and fishing access. It will also feature interpretive signs to educate visiting school and community groups about Dutch Slough’s human history and marsh ecosystems.

The project is designed to support scientific research to inform future wetland restoration efforts and adaptive management practices. Through its function as a living laboratory, various researchers are now partnering with DWR and each other at the Dutch Slough project to study the marsh as it is coming to life. We are studying everything from how well our plants are doing, what animals are occupying the site over time, to cutting edge climate science that will help combat climate change and sea level rise.

History:
The Dutch Slough project began in 2003, when DWR bought the property for $28 million. Before that, Contra Costa County planned to convert the pasture land – home to cattle grazing and dairy operations – into a housing development. The project is 17 years in the making, following a long approval process by a variety of federal, state and local agencies.

Dutch Slough has been supported and/or funded by:

The Dutch Slough site is located in the City of Oakley, eastern Contra Costa County, in the western Delta. The site encompasses 1,178-acres, and is bound by Dutch Slough on the north, Marsh Creek on the west, the Contra Costa Canal on the south, and Jersey Island Road on the east. The site comprises three parcels, partially separated by Emerson Slough and Little Dutch Slough. View the Dutch Slough Tidal Marsh Restoration Plan. 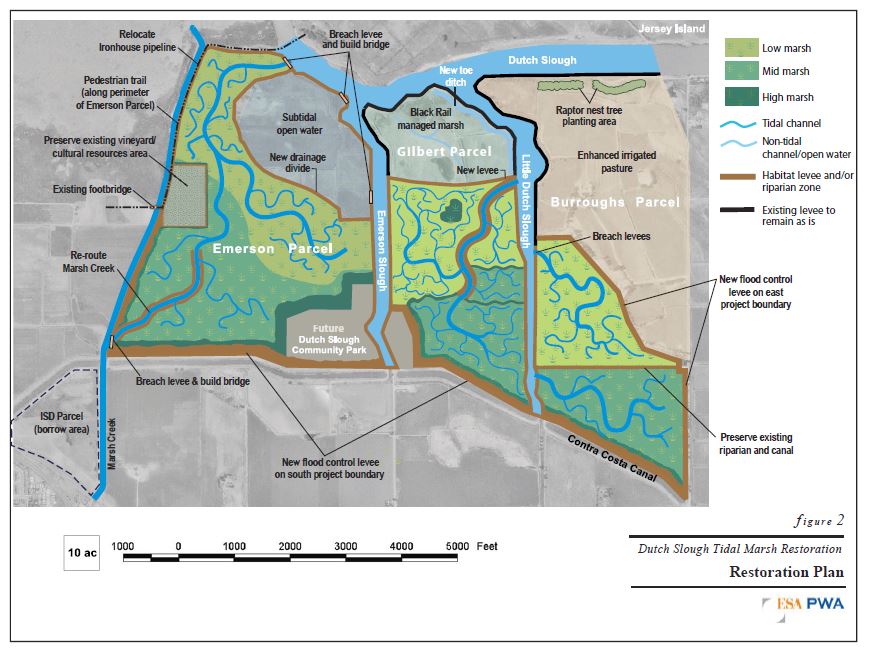 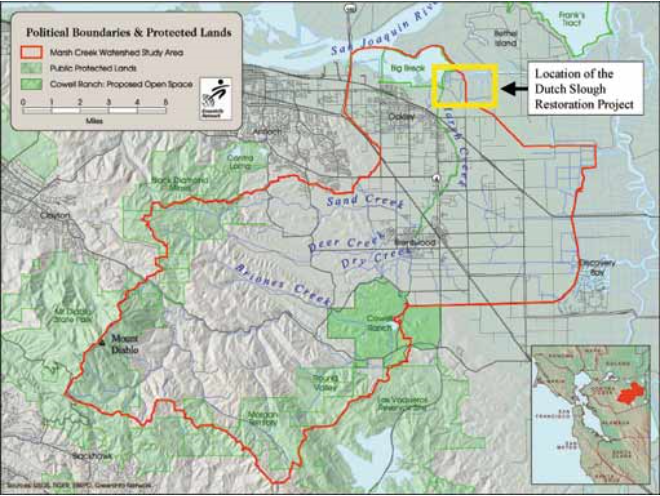 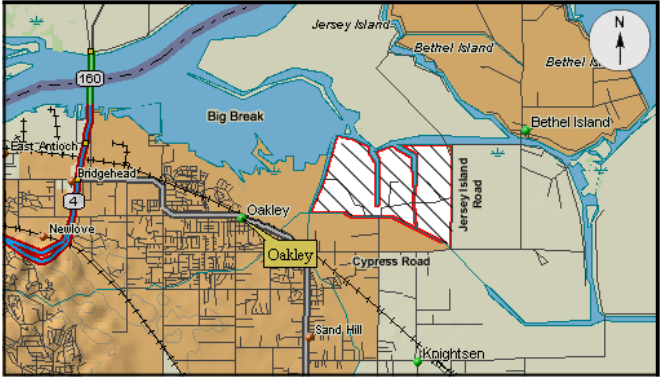 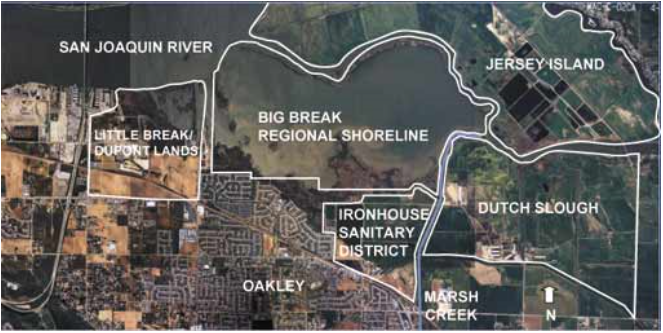 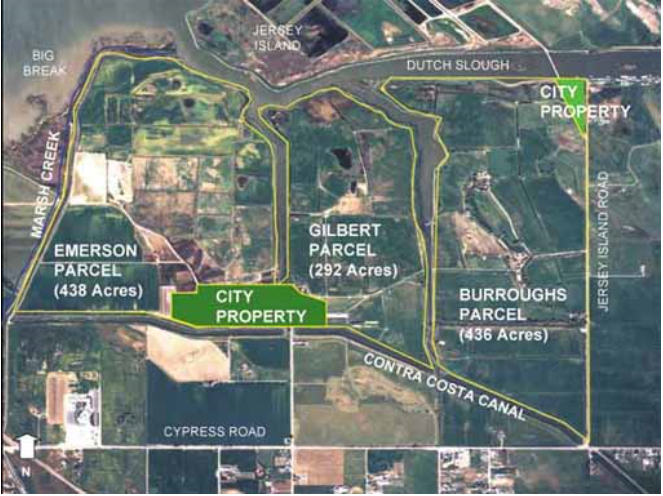