Perris Dam, located in Riverside County about 60 miles east of Los Angeles, provides water supply for recreation, fish and wildlife enhancements, and millions of Californians.  Lake Perris is the terminal storage facility for the State Water Project. It is located at the terminus of the East Branch of the California Aqueduct. The dam was constructed from 1970 to 1974 by the California Department of Water Resources (DWR).

Earthquakes pose some of the highest risks to dams in California. Since the late 1990s, DWR’s Division of Safety of Dams has conducted in-depth investigations and re-evaluations of dams located near seismic faults. Over the past 20 years, dam owners throughout California have spent approximately $1.5 billion on seismic improvements to dams.

Perris Dam was identified as a high priority state-owned dam for seismic improvements due to its proximity to nearby earthquake faults and large downstream communities.

The Perris Dam Modernization Project addresses seismic risks that could impact water deliveries and the safety of surrounding communities. In 2005, DWR began the Perris Dam Modernization Project with the seismic retrofit to the dam embankment. With the completion of the remaining project components in 2023, DWR will achieve its goal of upgrading its infrastructure to protect our water system and enhance public safety.

The Perris Dam Remediation Project, the first of the three Perris Dam seismic retrofit projects, was completed in April 2018. It included several upgrades, such as strengthening the dam’s foundation with over 320,000 cubic yards of cement deep soil mixing (CDSM) and adding 1.4 million-cubic-yards of embankment material to buttress the downstream of the 130-foot tall, earthen Perris Dam.

Following completion of the work, DWR began a controlled refilling of the reservoir in March 2018. The refilling was completed in July 2019.

The tower bridge seismic retrofit project consisted of modifications to the bridge supports and bridge seats. This work was completed in 2020, and the improvements will ensure that the tower bridge will be able to withstand a magnitude 7.5 earthquake. Located just upstream of the Perris Dam south abutment and connecting the Outlet Tower to the shoreline, the tower bridge provides for access to the tower for normal and emergency release operations.

The third and final project at Perris Dam will focus on the Emergency Release Facility (ERF) and is planned for completion in 2025. The ERF project provides improvements downstream of the reservoir that would direct the flow of water in an emergency requiring the rapid lowering of the reservoir. Flows would be directed by levees into a channel that would ultimately flow into the Perris Valley Storm Drain.  The ERF includes the construction of levees, a channel, bridges, culverts, drop structures, and a local drainage system.  It will also include roadway improvements and the relocation of utilities.

The Outlet Tower and ERF projects improve the safety of the dam with respect to earthquakes, flooding, and other scenarios.

The Perris ERF project is expected to:

For latest updates about recreational opportunities, contact the California Department of Parks and Recreation at 951-940-5600 or go to the CA Parks website.

Environmental Documents
DWR has prepared the following environmental documents in support of the projects described above. 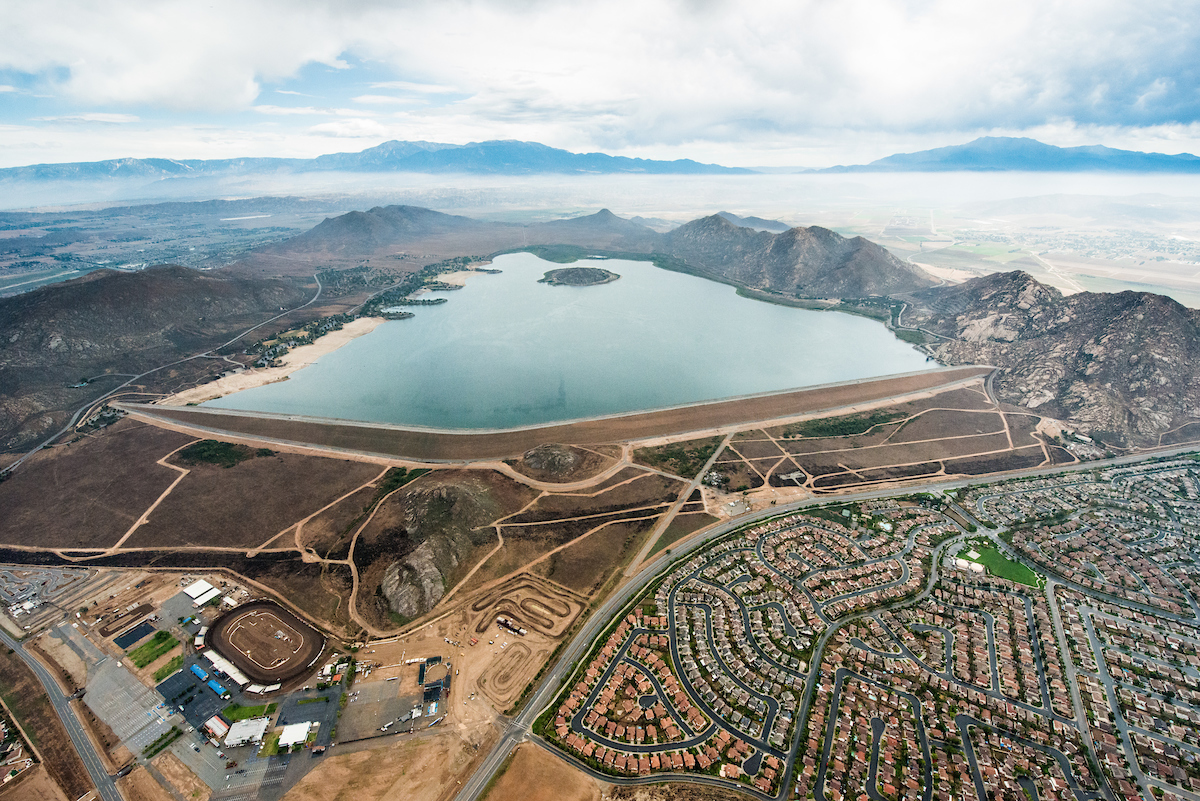 DWR this month completed a major retrofit to Perris Dam in Riverside County as part of a statewide effort to reduce seismic risks to dams. 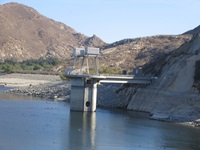 DWR started construction on the Outlet Tower Bridge, a component of the Perris Dam Complex in Riverside County.