The Sustainable Groundwater Management Act (SGMA) provided a process for local agencies to request that DWR revise the boundaries of groundwater basins or subbasins, including establishing new subbasins.

DWR developed the Basin Boundary Emergency Regulations which went into effect in November 2015. An initial round of modifications occurred in 2016 which were adopted into the 2016 Bulletin 118 Interim Update. These were followed by the most recent round in 2018.

The Final 2018 Basin Boundary Modifications were developed after a technical review of the basin boundary modification requests and public comments. The final results were released February 11, 2019.

The next Basin Boundary Modifications period is not expected before 2022. 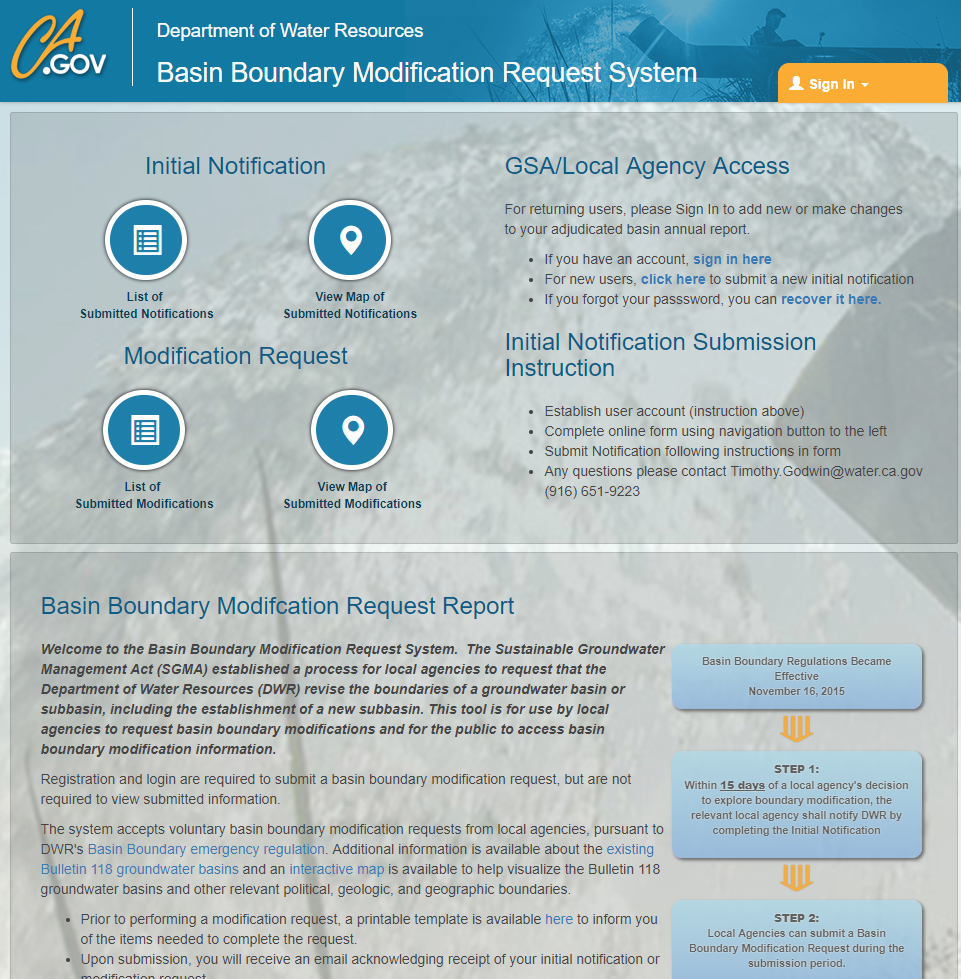