This project constructs two additional fish release facilities to add to the existing four fish release sites in the western Delta and will be operated jointly by the Department of Water Resources (DWR) and U.S. Bureau of Reclamation (Reclamation). Joint operation includes testing various release site rotation schemes that incorporates both the State Water Project (SWP) and Central Valley Project (CVP) releases sites (6 total). Through coordinated efforts between DWR and Reclamation District No. 341 (District), levee and road improvements were constructed as an integral part of the construction of these fish release projects.

The objective of the project is to design and construct fish release facilities to reduce predation and improve survival of salvaged fish. A specific design criterion to meet the objective is to minimize underwater structure that could accumulate debris which, in turn, could serve as predator habitat. The project closeout procedures and site restoration activities will be completed by December 2020.

To comply with the requirements of Actions IV.4.3 (3) and (4), contained in the Reasonable Prudent Alternatives of the National Marine Fisheries Service (NMFS) Biological Opinion on the Long-term Operations of the CVP and SWP (June 2009). Action IV.4.3 (3) requires Release Site Studies on reduced predation at the “end of the pipe” and Action IV.4.3 (4) requires a 50% reduction in predation rates at the release sites.

The overall goal of the project is to reduce predation on salvaged fish from the John E. Skinner Delta Fish Protective Facility and to increase salvaged fish survival rates. 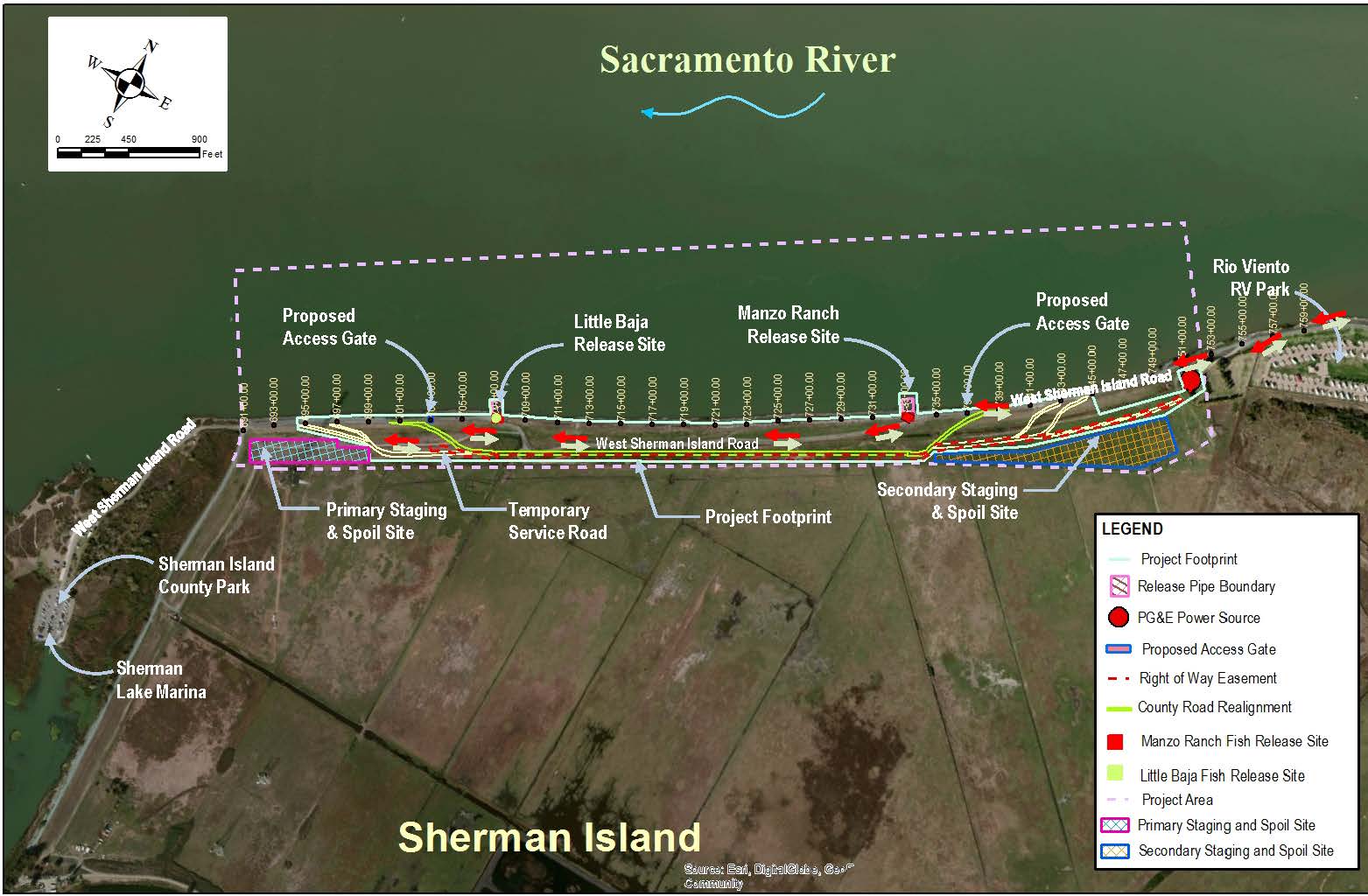